The house of Lonnie Hammargren, a former two-term Lieutenant Governor of Nevada and a retired neurosurgeon, is a remarkable tourist attraction in Las Vegas. It is impossible for someone who lives or pays a visit to Las Vegas to miss the Hammargren House of Nevada History.

Hammargren’s abode is a sprawling estate. It measures to 12,000-square-feet and it is home to three houses. Every room in each of the house is themed. It is also beaming with artifacts from around the world. Eventually, Hammargren’s abode became known as a museum that showcases the history of Las Vegas.

Hammargren bought the first home, which he refers to as Castillo del Son (Castle of the Sun), in 1972. He outfitted it for two reasons: to look like the Palace of the Governor found in the Mayan Ruins and to function as a planetarium and observatory. Hammargren used to host a huge feast for Nevada Day, making the first home open for a tour for years.

Besides being known as a NASA flight surgeon, a bronze star-winning Vietnam flight surgeon, and an earner of five academic degrees, Lonnie Hammergren is also known now for his odd collections. CNNMoney described Paradise Castle as the “only place in the world where you can find an Apollo space capsule, a dinosaur skeleton, Liberace’s staircase, the Batmobile, and a full-size Venetian gondola.”

He moved into the first home at 4218 Ridgecrest Drive, close East Flamingo and Sandhill streets in 1971 and later extended his accumulation into the neighboring property. TV’s Lifestyles of the Rich and Famous has featured his home.

The home goes by at least three names — the Castillo del Sol, the Hammargren Home of Nevada History, and the Paradise Castle. Dr. Hammargren considers his stead its very own country and gives guests false gold coins with his face on them.

One of the reasons why the Hammargren home has remained such a hidden gem is because it’s difficult to describe what it is. Hammargren’s property is predominantly occupied by items from old Vegas casinos, an interior dome of a hotel wedding chapel, an Egyptian tomb (where he plans to be buried in someday) and Evel Knievel’s motorcycle. There’s also a spirit house from New Guinea and replicas of famous landmarks like the Taj Mahal; an Apollo space capsule, a replica of the atomic bomb, life-size T-Rex, and movie props.

Signs from Vegas’ mobster heyday, casino-related artifacts like Popeye and Olive Oyl from the MGM Grand theme park, a roller-coaster car from the Stratosphere, and the Showboat’s paddlewheel are what comprise Hammergren’s collection.

In an episode of A&E’s Hoarders on December 18, 2016, Hammargren admitted that he and his wife, Sandy, were mired in $750,000 in debt and unable to pay the mortgage on their principal home, Castillo del Sol, where most of his accumulation stayed.

There are several reviews from Facebook, Trip Advisor, and Yelp. See what some people had to say about the Hammargren’s Home of Nevada History:

“Dr. Hammargren has opened his personal house up to the public for tours once a year on Nevada Day for many years, for a small charitable donation. Last year, there was talk about it being the final year that he was opening it up for tours, but I am not sure if that is true or not — he is about 80 years old, and it is a huge intrusion into his personal residence, but he is the one who sent decades collecting all of the memorabilia and he loves to share it. It is an amazing place to visit. I’ve been there several times, and if it is open again this year, I’ll probably go again.”

“We decided to check this place out with friends. Lonnie was walking around and saying hi to people. I recommend a quick visit when it is open once a year. This is a unique experience.”

Dr. Hammargren still opens his home to the public on Nevada Day weekends (the last weekend of October) to show off his collection, but take note that his collection is now housed at 4300 Ridgecrest Drive. For a private tour, contact him at (702) 596-6669. According to reviews, entrance fee to the Hammargren Home of Nevada History ranges between $15 to $25 per person. 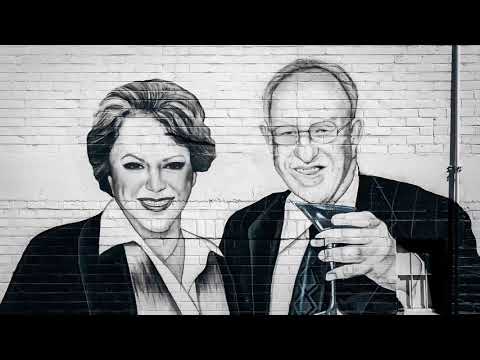