Do you want to take your adventure to the next level? Are you finding somewhere to go to appease your wanderlust spirit? Belmont, Nevada is fit for you most, especially if you are fond of going to ghost towns or creepy places. Fascination with the hint of goosebumps, this is what Belmont has in store for you.

Belmont is a historic ghost town positioned in the Central part of Nevada along the eastern edge of the Toquima Mountains and the southern end of the Monitor Valley. Belmont is an empty place with so much story to tell.

Belmont was one of the famous towns when mining boomed in Nevada due to finding silver deposits in 1865. The city gained its life the same year when the American Civil war ended. It was a deserted town before the mining happened, and as the years passed by civilization made the population escalated to over 4000 people.

They established businesses alongside massive infrastructures. Bricks and wood pillars were delivered in town to make houses for the people. Those were the glory days of Belmont, the Silver State of Nevada. Back then, Belmont had Cosmopolitan Music Hall with the best performers who would rule the stage to entertain people the way no town in Nevada could. Also, the Belmont Courthouse made the city more famous in newspapers, due to its architectural formation.

However, due to the instability of mining in its nearby towns, Belmont gradually loses its life as the county seat was moved to Tonopah. Also, Belmont’s people left one by one, making the 4000 citizens into ten people nowadays.

What to visit in Belmont?

A place that was once empty found its life in 1865 and became empty again as the years pass by. But this kind of emptiness was different this time. As the people left Belmont weary, their footprints and history remained in the town. The magnificent ruins will suffice the effort that you will exert to reach this far-flung town of Nevada.

Most of the buildings in the county lost their roofs already, considering the 150 years they have to withstand. However, the Belmont Courthouse is exemplary, almost everything in there is still intact until now— bricks, timber, roof, and walls.

The government spends 22,000 dollars for the courthouse to be built. The lumber was delivered by the rail and mule team from the mountains of Western Nevada. In its time, it was described as modern style architecture and presented an imposing appearance.

But when the county courthouse was moved to Tonopah, a nearby town, this building was abandoned. And the only things that make it back to life are the stories and tales of the past. The only thing that warmed the cold walls of the courtroom was the caretaker of it.

As you enter the heart of the courthouse, the courtroom, it is easy for you to imagine every scene that may have happened inside. A salty judge, sitting in front, hearing countless cases of theft, murder, assault, and other mining town crimes, were the life-blood of the courtroom.

Secret passages and creepy vandals can also be found in the building.

This two-cell Jail Unit was found to be at the back of the Belmont Courthouse. The cell was made of steel and wood. It is believed to jail drunk workers of Basic Magnesium Inc., overnight. These workers would not show up at work after getting paid and do binge drinking for days. Therefore, these jails locked them down until they became sober enough.

You can camp in Belmont ghost town. However, picnic tables and public toilets are limited. Camping facilities are available at the U.S Forest Service Pine Creek Campground in the Monitor Valley, located 20 miles north of Belmont.

If you think Belmont is sitting out in a desert area, definitely not, it is located in a forested area making it more suitable for camping.

Cameron Mill was built from salvaged bricks of the dissembled Combination Mill in 1914. The building is at its most magnificent state whenever the sun struck its façade. Who would have thought that this mill held 1600-pound stamps and a 150-ton oil flotation system to extract silver from the ore back then? Nowadays, the building projects a picture-perfect classical, rustic ruin.

Near the Cameron Mill found the old cabins made of stacked stones and boulders. These stone cabins were believed to be the remnants of Chinatown. It was made of a combination of different shades of rocks, and its pillar is made of massive timbers.

This graveyard makes the whole Belmont town even creepier. There you can find the grave of Jack Longstreet, a Wild West Everyman gunslinger, store owner, and gambler. He was untouchable, and feared by most of the men in Arizona and Southcentral Nevada. However, the hard-drinking man died at the age of 94 for accidentally shooting himself. And there in the cemetery, you can see his grave beside his wife’s.

Though this saloon can not be found in history books and tales like the previously mentioned structures in Belmont, people consider this as one of the best bars in the state. Here you can experience an old fashion ambiance of enjoying a hard drink just like in the movies.

Indeed, generator power is the only thing that keeps the town alive, but do not worry because this saloon will not be out of cold glasses and ice as well as fire to keep you warm. Visit and find a company at DD Belmont Saloon.

The best thing about traveling to the Silver State of Nevada is finding old buildings still intact. Also, not to mention the relics from mining that you can surely take a picture of or even study it. However, leave those artifacts to where you found it. Taking things from its original place or bringing them with you is illegal and prohibited.

For you to get to Belmont, you need to pass by the Town of Tonopah and contact their official contact number, (775) 482-6336 for assistance. 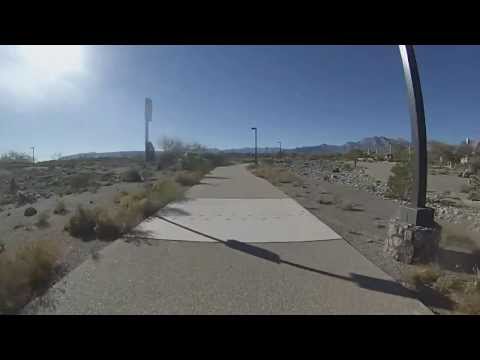