A PLACE WHERE YOU CAN ESCAPE TO THE FANTASY

Are you looking for a good place to drink tonight? A place where you can just loosen up and relax for a while? If the answer to these is yes, then an option can be going to a tiki bar! One of the popular tiki bars in Las Vegas is Frankie’s Tiki Room. The interior of the place is nothing short of the tiki culture. It’s no surprise considering not only one or two artists contributed to the overall design and vibe of the famous bar. There were many.

Frankie’s Tiki Room has a 4.7-star rating on Facebook and a 4.5-star rating on both Yelp and Trip Advisor. In the latter website, the common great points about the bar in the review highlights were the drinks, the entertainment on the TV, and the atmosphere of the bar.

Let’s start by elaborating on the drinks before moving on to the other things that the bar offers. Frankie’s Tiki Room offers a wide selection of drinks. Its menu enumerates thirty-two drinks. They are all priced at $10. If you want your drinks served in a souvenir cup, the price is at $25.

In one of the review highlights from Yelp, one recommended trying the Fink Bomb because it has a strong taste and lots of alcohol. The drink is a mixture of coconut rum, 160-proof rum, melon liqueur, and pineapple juice. The 160-proof rum got me interested. It seems like a real bomb drink!

The bar also sells a book that tells the history of tiki in Las Vegas as well as the recipes of some of the drinks of Frankie’s Tiki Room! Pretty interesting, right? If you want to buy, know that you have the option to purchase any of the items online.

According to various resources, the idea of a tiki bar came from Ernest Raymond Beaumont Gantt or better known as Donn Beach. He grew up sailing to faraway islands together with his grandfather who is a bootlegger, a person who illegally sells liquors during the Prohibition Era. Eventually, he opened his bar called Donn Beachcomber in Los Angeles in 1933.

Various locals and celebrities were curious about the unique decor and drinks as well as the laid back atmosphere of Donn Beachcomber. They embraced the concept of a tiki bar, sparking others to replicate the concept. Soon, tiki bars were opened in various parts of the United States such as Columbus, Ohio, and Florida.

Back then, tiki bars served as an escape from the harsh reality of World War II. At present, I think it could serve as a place where people could unplug from social media. It’s a good place to connect with peers and appreciate life.

Although the tiki bar decreased in popularity in the 1970s, it remained. As per a 2017 article from The Business Insider, some bartenders nowadays are even modifying past recipes of tiki drinks. They are adding a taste of the modern era, giving customers a taste of both the past and the present.

Get your much-deserved break. Drink, smoke and play at Frankie’s Tiki Room! The bar, which many says has some of the best drinks in Vegas, is located at 1712 W. Charleston and is open 24/7! 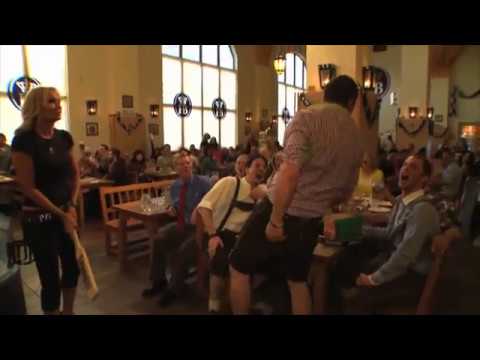